Family is at the center of everything David Jones does. “My family is my number one priority. That’s the thing that keeps me going.”

Born and raised in DC, David always looked up to his father who worked hard to provide for his family. “He made sure we always had what we needed. And he always told me ‘take care of your kids no matter what’ and I told him I would.”

David, now a parent of three bright children (Shahid, 3mo., David Jr., 9, and Dayonia, 11), is following in his father’s footsteps and hopes to instill the same values in his children.

“I try to let my kids know that you can accomplish your goals by doing things the right way and working hard. I want them to stay positive and focused.”

This is especially important to David as his family lives in a community with high rates of poverty, where crime and violence are a daily occurrence.

“I keep them in an aftercare program to keep skills of math and everything up to par. My daughter, Dayonia, she reads the newspaper. I’m like, what eleven-year-old reads newspapers? That’s what she does, she loves to read. She wants to be a school teacher and she’s headed that way.” 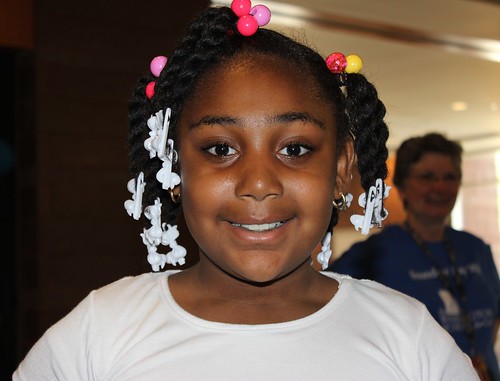 Just as bright as Dayonia, David Jr. has big dreams of joining the military.

“He loves to come with me to the base, where I work now, so he can talk to the guys there. I told him, when he’s 16 years old, they have a class at the base I can sign him up for.” 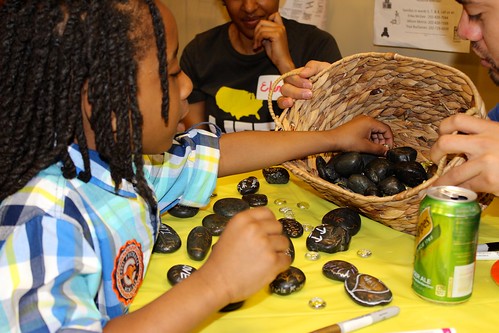 David wants to provide his children with everything they need to reach their dreams, like getting a good education and exposure to positive role models. That’s why he originally came to LIFT and continues to regularly attend coaching sessions.

“Even though I’ve already got a part-time job, I come here to get help with computer skills and also talk about a lot of family issues that I’m going through. It helps me stay focused.”

When David first came to LIFT-DC, he worked with advocates to create a resume and start strategically applying for jobs to provide for his family. Soon after, he started getting job offers and took a part-time job to help meet his family’s immediate needs.

But LIFT means more to him than just job assistance.

“They help you in a whole lot of ways. Not with just trying to find a job but mentally and physically as well. You come feeling bad, you have someone to talk to that understands exactly what you’re going through. You get a chance to talk to somebody that understands and gives you some positive advice about that goal you’re trying to meet.”

Despite life’s hardships, David is determined to provide a brighter future for his children. In everything he does, he strives to thoroughly understand the situation, do his research and weigh his options to make sure he’s making the best choice for his family.

With his current part-time job, and certificates he’s earned from attending multiple trade-schools, he has a lot under his belt. And now, David is working toward a new goal.

“I’m looking for a full-time job because I want to open up a trust fund for my children and send them to college. If not college, then have that money set aside for whatever it is they want to do in the future. The only way that happens is I have to set standards.”

David is already taking steps to meeting this goal while also looking for a full-time family sustaining employment. He’s working with his coach to understand his income, expenses and track his spending. He’s already started his extensive research process to set the proper steps and goals to achieve his goal. He keeps working hard for his family and looks ahead with great confidence.

“When I walk out of here, I know I’ve accomplished something and it was something that was positive that I gained that I can go home and share with my kids.”